VISION ON THE ROAD

Technique. pencil and pen.
This drawing was conceived in 2018, it was a trip to Spain, by train.
In Germany we were stopped, made to get off the train, searched up to the throat and then abandoned in the middle of the fields on the German border.
We managed to take a train towards Spain, they made us get off at the first German town we reached, (I obviously had a suspicious face for the Germans even though I was dressed as a water and soap girl) and we were detained in that town for 24 hours, we slept in a new, tall building similar to those in the drawing, high up where the apartments and dental offices ended and there, when we woke up, we had this idea because we were enjoying the lonely sunrise in the middle of the buildings. we never made it to Spain. we went back. 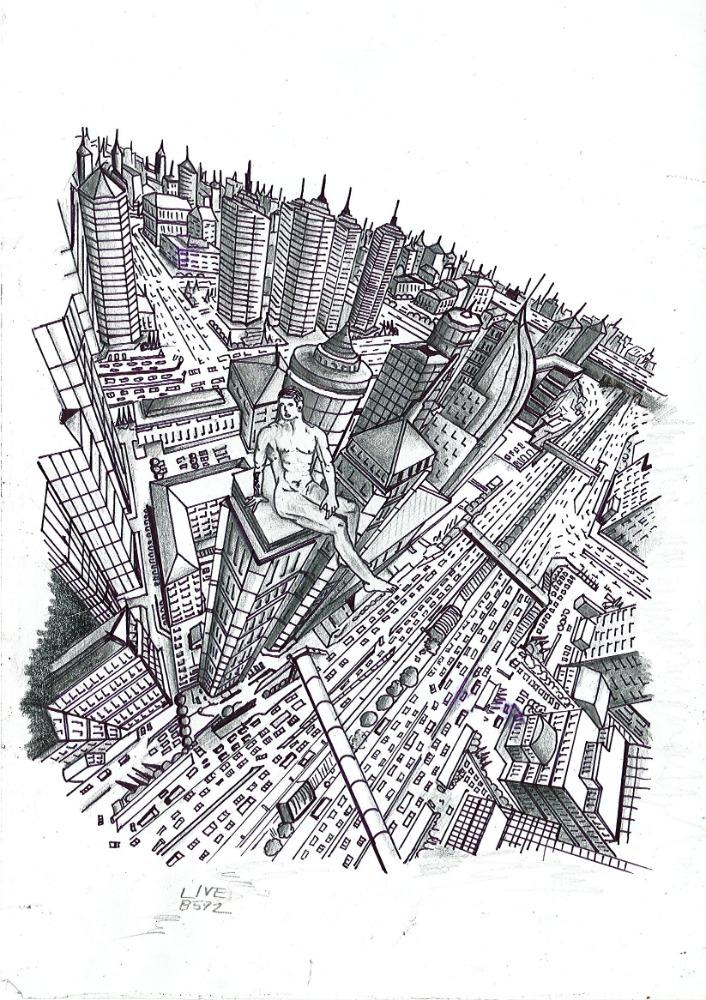